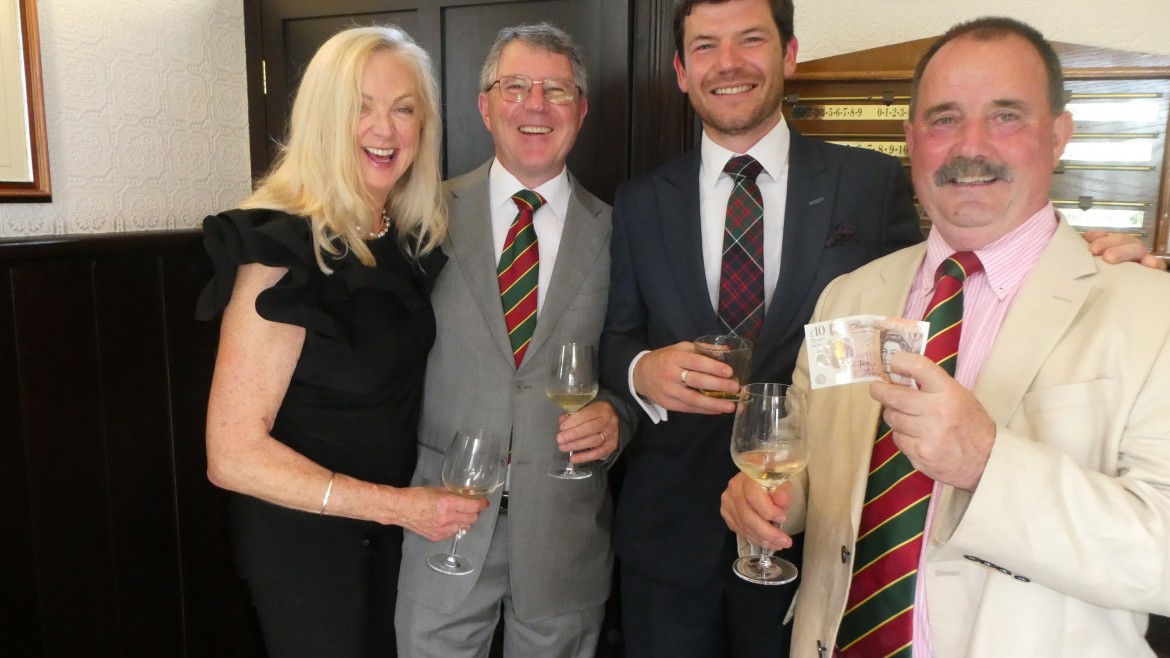 The JBGS brought their A team this time in an attempt to turn last year’s draw into the big W this year. But did their tactics work?

Arriving at Fortrose and Rosemarkie – on a stunning day.

Fortrose and Rosemarkie won by 8 matches to 7 – with the JBGS player lent to them to make
up their numbers holing his 2nd shot out a bunker on the last to halve that match and give the
opposition the match overall. Very unfair and we won’t be so generous again.

After the match and merriment, the JBGS occupied themselves in various different ways
whilst waiting for the bus to take them back to Brora.

The main Stableford competition for all the JBGS trophies including the new Peter Thomson Memorial Trophy, The Curate’s Egg and the Captain’s Pink Balls. It is followed by the society’s dinner at The Royal Marine Hotel.

The winners in the main stableford were:

And a bottle of Clyneleish – far better than an exercise routine.
But did you notice it was his twin brother Malcolm doing all that training?